The EU needs to face up to the differentiation challenge

The EU’s focus on showing unity and harmony could get in the way of dealing with the many difficult questions and challenges the Union is facing, according to experts and academics who gathered in Brussels to discuss Europe after Sibiu. 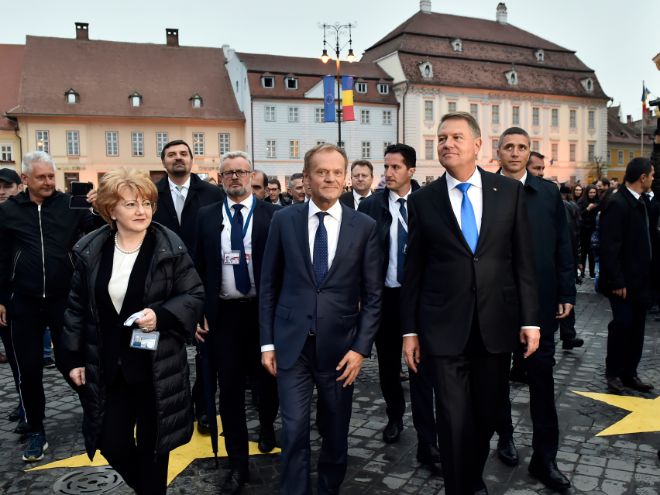 On 9 May 2019, European heads of state and governments met for an informal European Council meeting in Sibiu, Romania (Photo: RO2019EU/AGERPRES FOTO/SILVIU MATEI)

In May 2019, EU3D organised a policy dialogue where senior academics and policy-makers gathered at Bruegel to discuss the outcomes of the European Council summit in Sibiu on 9 May and its implications for the future of European governance and differentiation.

We sat down to talk with Andrew Duff, former Member of the European Parliament, current President of the Spinelli Group and a member of the EU3D advisory board, about what was set out to be a ‘landmark summit’ and the challenges that Europe is currently facing. 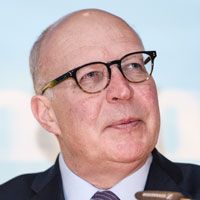 Andrew Duff is President of the Spinelli Group, and former Member of the European Parliament (1999-2014) (Liberal Democrats).

Duff is a member of the EU3D advisory board.

The meeting in Sibiu was expected to culminate the process and debate on the Future of Europe. The debate was launched in Jean Claude Juncker’s 2017 State of the Union address and White Paper on the Future of Europe. The European Commission presented a roadmap for building a more democratic Union, as well as alternative ways for the EU to move in this direction. Furthermore, the EU hosted as many as 1,600 Citizen’s dialogues, inviting the people of the member states to voice their opinion on Europe’s future. The aim of these dialogues was to inform the EU27 leaders’ reflection during the Sibiu Summit.

However, the Sibiu Summit failed to meet these high expectations, according to a number of scholars and experts who participated in the EU3D policy dialogue. Some argued that the resulting declaration was vague, and failed to address the citizens’ dialogues leading up to the summit.

In Andrew Duff’s view, the Sibiu summit was poorly prepared and the timing was bad. The meeting was supposed to be the first major summit after the UK left the Union, but as the Brexit date was postponed, the focus of the summit shifted.

Duff argues that you cannot discuss the future of Europe without bringing up the impacts of Brexit.

‘I don’t think that the Sibiu Summit even began to properly reflect on the impact of Brexit on the future of Europe’, he says.

Meanwhile, EU leaders still had a long list of other challenges to discuss in Sibiu. In Duff’s opinion, the EU’s biggest challenge is that it has gotten more and more tasks, but not the proper resources and powers to act effectively. He says that this has spurred public disillusion in terms of what the EU is for and what it is doing. He further argues that the fact that the EU is lacking proper resources and power is part of the reason for the surge of nationalism that we have seen in Europe over the last years.

Andrew Duff has clear expectations: ‘I hope that the newly elected leaders will stop promising more than they can deliver to the people’.

‘The new European Union leadership has to prove that a strengthened, more powerful EU can produce public goods that the present EU in its fractured position cannot’.

According to the participants of the EU3D policy dialogue, the main goal of the Sibiu summit appeared to be showing unity in a Europe that is currently fractured. The 10 commitments of the Sibiu Declaration all revolve around the belief that Europe is stronger when united.

However, some participants, including Duff, argued that the focus on showing unity and harmony could get in the way of dealing with the many difficult questions and challenges that the EU is facing.

The main goal of the Sibiu summit appeared to be showing unity in a Europe that is currently fractured.

‘The EU is now far more divergent than it has ever been before, in terms of values, principles, rule of law and solidarity’, says Duff. Rather than being obsessed with unity, ‘the EU has to be honest that it is now extremely differentiated. There has been a tendency to camouflage it, but we have got to be open about it’.

Duff argues that the new EU leadership needs to ask themselves how differentiation can be turned into differentiated integration. He claims that there are good reasons to embrace enhanced cooperation in cases such as foreign policy. This is a form of differentiation where a core group of states agrees to cooperate on certain policies or actions but where not all member states are obliged to take part.

‘I think that because the Brits are now trying to leave the EU, we have to be more constructive and clever about the way we manage the process of differentiation’, he says.

By Ragnhild Grønning
E-mail this page
>
2019 > The EU needs to face up to the differentiation challenge
Twteam@eu3d.uio.no