Main navigation
Sub navigation
Events > Policy dialogues > GLOBSEC side-event: The EU's future role on the global stage: are we ready for it?

GLOBSEC side-event: The EU's future role on the global stage: are we ready for it?

EU3D results will be presented and discussed at a side-event of the GLOBSEC 2022 Bratislava Forum, taking place on 2-4 June 2022. It is the leading platform in the Central European region and one of the preeminent global strategic conferences. 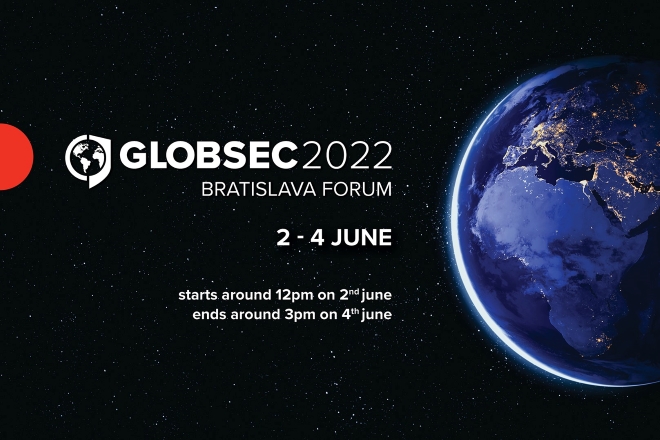 EU3D in cooperation with GLOBSEC and Comenius University Bratislava hosts the roundtable discussion 'The EU's future role on the global stage: are we ready for it?' on the side lines of GLOBSEC Bratislava Forum 2022.

Several key leaders and governments in the EU have expressed an interest in developing sovereignty on the EU level. This has been an expressed political goal promoted by Emmanuel Macron for several years. More recently, the German government led by Olaf Scholz stated that the EU should be developed into a fully-fledged federal state. Yet a number of populist leaders in the EU member states have been skeptical to these kinds of ideas. So where do the publics in EU member states stand on the question of sovereignty and federalization? What are the prospects for finding public support for further integration? And how does the public in EU member states perceive and understand the EU in the first place? To what extent are leaders’ ideas on the EU future in line with the ideas common among the citizens of their countries?

This EU3D side-event to the GLOBSEC Forum will present two new datasets addressing these questions. First, a study using relational class analysis and analyzing ‘thought communities’ sharing perceptions of the EU in six selected member states. These include France, Germany, Italy, Hungary, Poland and Slovakia (target sample is 1000 per country, N=6000) and the data was collected in April 2022. Second, a study based on comparative analysis of national parliamentary debates between 2015 and 2020 in the Visegrad 4 countries (Czech Republic, Hungary, Poland and Slovakia) demonstrating main features of narratives on the future of the EU by parliamentary actors with special attention paid to claims by Eurosceptic MPs. The analysis focuses on how sovereignty and democracy in the EU are narrated and what implications these narratives have for understanding the shifting political discourse on the EU in the region.

In June 2022, Bratislava will once again serve as the central meeting place for stakeholders from all walks of life to contribute solutions to the most pressing issues of today and tomorrow.

E-mail this page
>
Policy dialogues > GLOBSEC side-event: The EU's future role on the global stage: are we ready for it?
Twteam@eu3d.uio.no