On 24-28 January 2022, Sciences Po Grenoble-UGA and PACTE organised an EU3D series of debates on the future of the European Union. The debates took place in the context of the French Presidency of the Council of the EU. 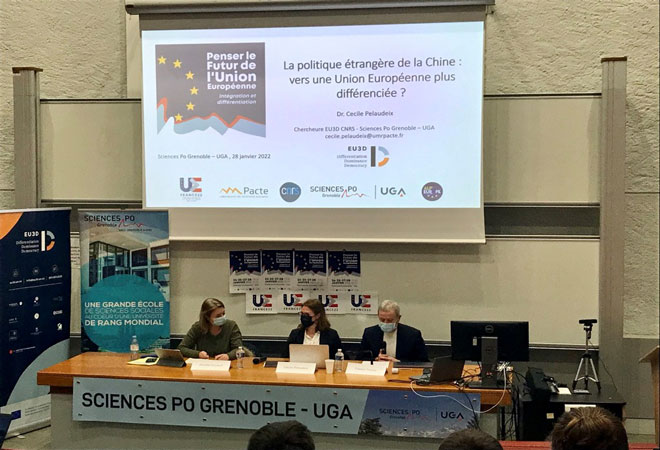 The cycle of round tables was opened by Sabine Saurugger, Director of Sciences Po Grenoble-UGA and coordinator of WP3 at EU3D. Speakers from WP3 CNRS included Fabien Terpan, Associate Professor and Cecile Pelaudeix, Researcher. The debates have provided the opportunity to discuss important policy issues with students, academics, policy makers, citizens and stakeholders from civil society.

The 4 round tables were set in a hybrid format, both face-to-face and virtual. They have gathered more than 90 participants and have successively addressed integration and differentiation in four areas:

The debates were entirely open to the public and co-organised with the student association “Alp’Europe” of Sciences Po Grenoble.

The programme can be found here (in French).

The debates were entirely open to the public and co-organised with the student association “Alp’Europe” of Sciences Po Grenoble.