Loukas Tsoukalis, ELIAMEP President and Professor at Sciences Po Paris will hold the lecture  'How has the war in Ukraine affected EU enlargement in the Western Balkans?' in Athens on 16 June. 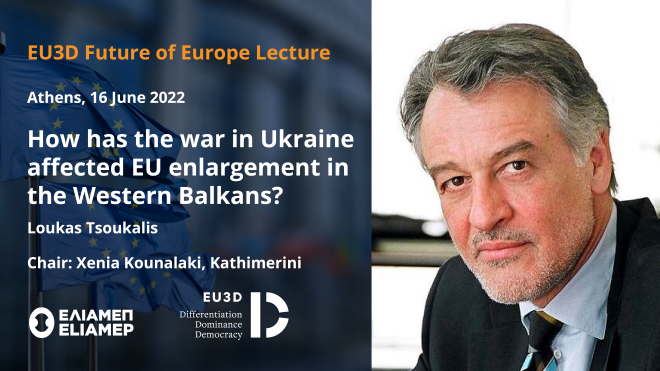 The Hellenic Foundation for European and Foreign Policy (ELIAMEP) invites to the EU3D Future of Europe Lecture: How has the war in Ukraine affected EU enlargement in the Western Balkans? with Loukas Tsoukalis. The lecture will be chaired by Xenia Kounalaki, foreign editor at ‘Kathimerini’ newspaper.

The lecture will be held in English. 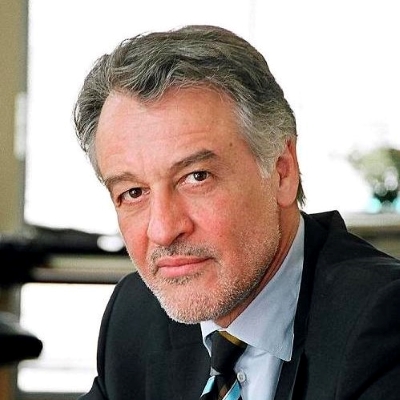 Tsoukalis is now Emeritus Professor of the University of Athens and Professor at the Paris School of International Affairs (Sciences Po). He is also President of the Hellenic Foundation for European and Foreign Policy (ELIAMEP). 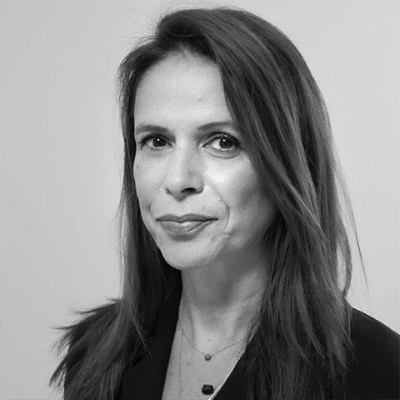 Xenia Kounalaki is journalist and foreign news editor in the Greek daily newspaper Kathimerini. She contributes reports to Spiegel and Spiegel Online, Die Welt and the European. She has worked at the Greek Public Radio and Television as foreign news editor and presented her own TV program. She has co-authored the book “Βία'' (Violence, Polis editions, 2012) on political violence. In 2012, she was awarded the international press freedom prize “Premio Internazionale Per La Libertà Di Stampa“ in Florence.