EU3D researchers  co-organise and participate in the section 'Differentiated Integration' at the 11th Biennial Conference of the ECPR Standing Group of the European Union (SGEU) on 8-10 June 2022. 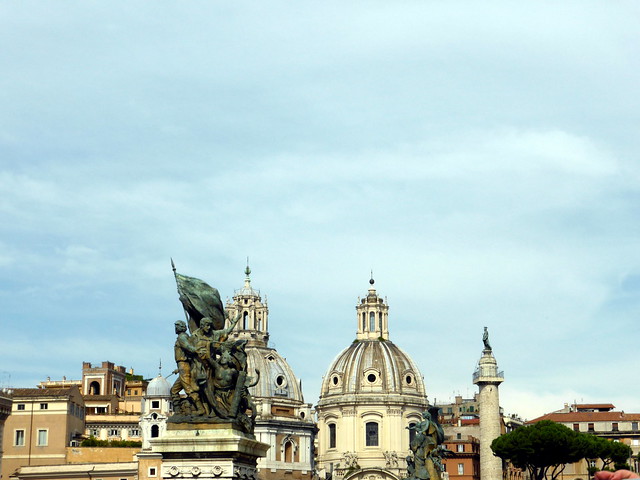 On 8-10 June 2022, the 11th Biennial Conference of the Standing Group on the European Union will be hosted by Luiss University.

P081 Populism, Dominance, and Differentiation in the EU

It is widely held that the EU has become more differentiated in the last decade or so, and analysts are actively engaged in considering whether that is good or bad for the EU. Our point of departure is that the most problematic forms of differentiation are those that are closely associated with dominance understood as arbitrary and unjustified forms of rule. The purpose of this panel is to examine populism’s role in that context. To what extent and how does populism add to EU differentiation? In what sense and how is this related to dominance? Populism is an essentially contested concept and is a multifaceted phenomenon in need of further unpacking. This panel does that in several ways and manners. It discusses populism in relation to sovereignism, which refers to how populism and nationalism combine. This is not a mere terminological shift but adds new insights of relevance for differentiation and dominance in the EU context. Further, the panel compares populist and non-populist civil society actors’ conceptions of dominance and visions of (dis)integration. Third, the panel discusses the relationship between populists’ policies of national exclusion and the EU’s character as a segmented order (subject to material and normative constraints). Finally the panel situates these analyses within a broader context of populists’ and non-populists’ ‘thought communities’ (conceptions of the EU) within six EU member states

Jozef Batora (Comenius University, EU3D) 'Popular Versus Populist Perceptions of the EU: Thought Communities and Pre-Conditions for Polity Formation in a Differentiated Union'.

Magdalena Góra (Jagiellonian University, EU3D), 'Who’s Dominating whom? Narratives on Dominance in the Debate on the Future of Europe'.

P117 The Politicization and Mediatization of Europe’s Differentiated Order

While the question of what the European differentiated political order looks like is a question that is increasingly investigated by researchers from a broad range of fields, much less is known both about how citizens perceive this differentiation and how the media write about it. The papers in this panel seek to fill this knowledge gap.

The papers by Heermann and Moland seek to investigate the attitude formation of citizens regarding institutionalized differentiated integration in different ways: Heermann turns the focus to how economic and political externalities impact the preferences that EU citizens have for differentiated modes of integration, finding that the prospect of negative externalities lowers support for differentiated integration. This suggests that citizens believe institutional arrangements at the EU level should be fair for all, rather than providing benefits only for their own state. Meanwhile, Moland finds that support for two-speed Europe is significantly lower in Central and Eastern Europe, suggesting that differentiated integration may be opposed in situations where it is imposed against the will of citizens. Furthermore, the paper by Trenz, Michailidou and Umit shines a novel light on how differentiation is covered by traditional media sources.

Together, the panel will illuminate the conditions under which citizens will express support for a more differentiated European political order, asking important questions about who supports European differentiation, why they choose to do so, and what kinds of differentiation is portrayed as acceptable by the media.

The purpose of this panel is to examine the affiliation of non-member states to the EU, seeking to understand how much autonomy and ‘wiggle room’ the countries actually have, given different arrangements and agreements with the EU. Wiggle-room implies an ability of non-member states to influence the relationship with the EU, including elements of differentiation such as degree of flexibility, choice and discretion. The asymmetrical nature of the relationship with the EU as hegemon is acknowledged. The panel includes studies of sector policies in non-member states, which are tightly integrated such as Norway, and countries who are not integrated, like the UK. By comparing their relationships with the EU in certain issue areas and exploring their ability to stake out their own political, economic, social and cultural paths, the panel seeks to contribute to debates about what EU membership is. It also exemplifies the role of the EU in externally differentiated integration, questioning how far and how extensively the EU’s system of norms and rules are transforming non-member-states.

The panel presents insights from a book project under development, which is about Norway’s EU experience and what lessons there are from this experience for the UK after Brexit. One key aspect in this book is the triangular relationship between the three parties – the EU, Norway and the UK. Hence, studies of the EU-Norway-UK triangular dynamics are also relevant to this panel.

Standing Group on the European Union (SGEU) and Luiss University
E-mail this page
>
Conferences > EU3D at the 11th Biennial Conference of the SGEU
Twteam@eu3d.uio.no