EU3D researchers have co-organised a section on differentiated integration at the 2021 ECPR General Conference. 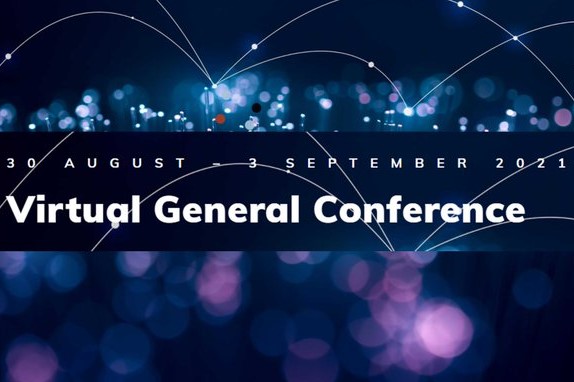 EU3D researcher Chris Lord has co-organised the section 'Differentiated integration in the European Union (S18) together with Sandra Kröger (University of Exeter). In this section, EU3D researchers organise two panels.

EU3D researchers have also organised other panels (see below).

P031 Autonomy, domination and the legitimacy of differentiated integration

This panel explores the different facets, understandings and perceptions of differentiated integration (DI) and how they relate to the issue of domination or, alternatively, of autonomy. For that purpose, researchers examine under which conditions and in which forms differentiated integration projects can protect or jeopardise MS democracies’ ability to govern, secure legitimacy or provoke discord between EU citizens and national as well as European public authorities and defend or undermine collective interests at both levels. The panel also provides interesting insides on the polarisation of political opinions about the pros and cons of DI schemes reflecting the fundamental EU dilemma of balancing between sovereignism and Europeanism. Panel papers bring diverse theoretical, policy and discursive perspectives on the topic thus shedding light on policy, polity and politics dimensions of DI. On this basis, the panel explores a new path for DI as an intermediate non-regressive solution on how to accommodate equal membership and self-governing within the EU.

Filippa Chatzistavrou, (ELIAMEP, EU3D), 'The status of dominance in the EU system of economic governance: drawing upon the Greek case'.

Democracy, representation and Future of Europe. Populist and Eurosceptic views on the reforming of the EU

The debate on the Future of Europe initiated by the European Commission with the White Paper on the Future of Europe in 2017 was meant to provide a much-needed feedback on the most preferred solutions for the future shape of European Integration. The debate that followed engaged multiple actors and tackled a series of issues primarily related to the set-up of main institutions of the EU. The key element of these debates was also a question of how the EU is envisaged in terms of the relationship between integration and differentiation and under what conditions differentiation is acceptable, institutionally sustainable and legitimate. The debate triggered also populist and Eurosceptic actors’ reactions on national and supranational level who specifically centred the debate on sovereignty and representation within the EU context.

Against this background, this panel’s papers examine the selected populist and Eurosceptic actors’ positions on notions of sovereignty, representation, differentiation and segmentation through their stance on democratic reforms in the European Union and proposals different visions on the future of European integration. Gathered contributions discuss the underlying constitutional-democratic visions of the EU fostered by populist/Eurosceptic actors such as segmented political orders. There is special attention paid to the role of parliaments in these distinctive visions. The discussions on the future of Europe takes place in various arenas, each exemplifying different areas of national and European public sphere(s). However, parliaments (national and European) play a special role in such debates and in mobilizing mass support as they form arenas where M(E)Ps negotiate ideas, opinions, policy proposals and proposals representing interests of their respective (national) constituencies and political parties. They are also growingly an arena where populist claims are presented.

Elodie Thevenin (Jagiellonian University, EU3D), 'A Cloud on the Horizon? Right-wing Eurosceptic MEPs on the Future of Europe'.

Max Steuer (Comenius University, EU3D), 'Protecting sovereignty, but how? Visegrad Four populist and Eurosceptic narratives on the future of the European project'.