Norway and the European Union

John Erik Fossum (ARENA) explains what is distinctive about Norway's relationship to the European Union in an article in Oxford Research Encyclopedia of Politics. 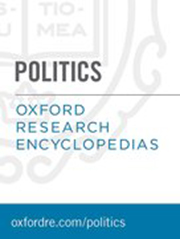 Norway has applied for membership of the European Union (EU) four times but is not a member. The two first applications were aborted because of de Gaulle’s veto against the U.K.’s application. The two latter were turned down by Norwegian citizens in popular referenda (1972 and 1994). Why did a majority of Norwegian citizens reject EU membership? A survey of the literature identifies a range of historical, cultural, political, and socioeconomic factors. In addition, it cannot be discounted that there were specific features about the referendums and the referendum campaigns that help account for the decisions to reject EU membership, given that all Nordic states except Iceland have held EU membership referendums.

Nevertheless, despite the fact that Norway is not an EU member, it has opted for as close an EU association as is possible for a nonmember. In order to understand Norway’s EU relationship, the following paradox must be addressed: whereas the question of EU membership has long been a highly controversial and divisive issue, Norway’s comprehensive incorporation in the EU through the EEA Agreement and a whole host of other arrangements has profound constitutional democratic implications and yet has sparked surprisingly little controversy.

What are the domestic mechanisms and arrangements that enable Norway to adapt so closely to the EU when the EU membership issue continues to be so controversial? There is public support for the present arrangement, but how robust and resilient that is can be questioned. The arrangement depends on specific mechanisms that ensure that Norway’s EU affiliation remains depoliticized. In explicating these mechanisms, a clearer conception emerges of how Norway balances the challenges associated with global economic integration, national sovereignty, and democracy.

E-mail this page
>
Other relevant publications > Norway and the European Union
Twteam@eu3d.uio.no