Political Differentiation and the Problem of Dominance

Erik O. Eriksen (ARENA) analyses the problems that a differentiated European political order poses for self-rule in the article in the European Journal of Political Research. 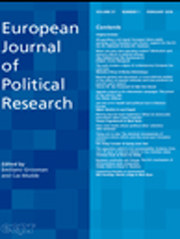 At first glance, one might view the political differentiation in the European Union as a reflection of the autonomy of its member states, signifying flexibility and the dispersion of democratic control. However, under conditions of complex interdependence and economic integration, political differentiation can undermine the fundamental conditions for democratic self-rule. Political differentiation may cause dominance. It is argued in this article that we must move beyond Philip Pettit's conception of dominance as the capacity to interfere with others on an arbitrary basis, in order to properly identify the undemocratic consequences of differentiation. Political freedom is also a question of institutional provisions to co-determine laws. From this vantage point, differentiation raises the spectre of dominance in the form of decisional exclusion and the pre-emption of political autonomy. Drawing on a re-conceptualisation of dominance, the effects of differentiation on the possibility of self-rule are examined, and two systematic effects of political differentiation are identified. It is argued that segmentation is the systemic effect of differentiation in the vertical dimension of integration. Here, dominance occurs in the form of exclusion from decision-making bodies and the denial of choice opportunities. In the external horizontal dimension, the systemic effect of differentiation is hegemony. Some states are vulnerable to arbitrary interference and the pre-emption of public autonomy. The article discusses developments within the Eurozone as a case of segmentation and the statues of associated non-members as a case of hegemony. With regard to the latter, we are faced with the phenomenon of self-incurred dominance.

Erik O. Eriksen
Political Differentiation and the Problem of Dominance: Segmentation and Hegemony

E-mail this page
>
Other relevant publications > Political Differentiation and the Problem of Dominance
Twteam@eu3d.uio.no