The European Parliament and Brexit 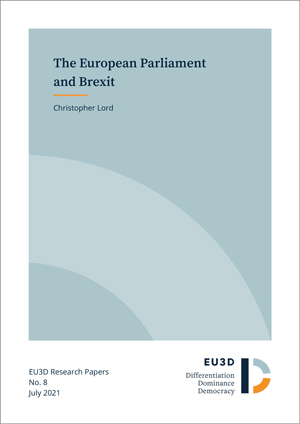 This paper looks at the role of the European Parliament (EP) in three phases of Brexit: the attempt by the David Cameron Government to renegotiate the UK’s membership of the European Union prior to the 2016 referendum, the Withdrawal Agreement (WA) and the Trade and Cooperation Agreement (TCA). The paper argues that the EP was both a strategic actor and a normative player. As a strategic actor the EP used its veto powers to align closely with the Commission in exchange for influence over the EU’s negotiating position and in an attempt to reinforce the EU’s overall bargaining power. As a normative player the EP attempted to shape standards that would need to be observed in any Brexit. That was important on questions of citizens’ rights, Northern Ireland and the governance of the TCA. However, Brexit also had implications for the EP as well as the other way round. Important questions were raised by the re-allocation of the UK’s seats in the EP, whilst the negotiation of the WA and TCA has lessons for how the EP operates as a ‘working parliament’, often sharing in the work of the Commission and European Council more than opposing them.