Ivan Rogers on Brexit and the future of Europe

Sir Ivan Rogers, former UK ambassador to the EU held the first EU3D Future of Europe Lecture at at the University of Oslo on 18 September 2019. 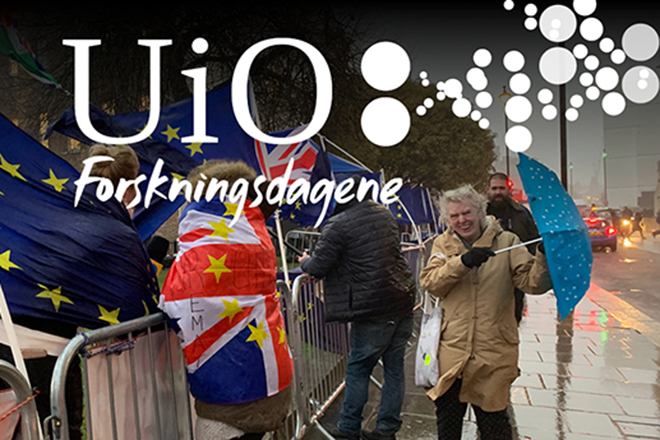 As the UK prepares to leave the EU, the country looks back at a contentious political debate about its future in Europe. How did the UK end up here? What are the consequences and the options ahead? Which models of European integration might work for the future? How can the EU best manage the relationship with its neighbourhood?

Sir Ivan Rogers, former UK ambassador to the EU with unique insights on the UK’s relationship to the EU, gives his perspectives on Brexit and the implications for Europe in this first EU3D Future of Europe Lecture.

Ivan Rogers was the UK's Permanent Representative to the EU from 2013 until his resignation in January 2017.

He is one of the UK’s foremost experts on the EU and the issues arising from Brexit. Rogers previously held a number of roles within the civil service including Chief EU Adviser to Prime Minister David Cameron, Principal Private Secretary to Prime Minister Tony Blair, Director of European Strategy and Policy at the Treasury under then Chancellor Gordon Brown, and Chief of Staff to the Vice-President of the European Commission, Sir Leon Brittan. He was awarded a knighthood in 2016 for services to British, European and International Policy.

Read more and register on the event page

E-mail this page
>
2019 > Ivan Rogers on Brexit and the future of Europe
Twteam@eu3d.uio.no